Every four years, the American Society of Civil Engineers (ASCE) releases its Infrastructure Report Card. The report card provides a comprehensive review of the condition of our nation’s assets across 16 categories of transportation, energy, water resources, public facilities, and waste management. ASCE published its sixth edition of the national report card in March 2017, calling for $4.6 trillion of investment over the next ten years.

Following the release of the national report card, ASCE publishes more detailed findings for each state. This year, Alpha 3’s Mark Sanders participated in the development of the Pennsylvania Report Card, taking on the review of the state’s electric power generation assets. Pending the publication of Pennsylvania’s grades, which will be presented succinctly, in a format suitable for the layperson, some of the more interesting points from the review are presented below.

How do Pennsylvania’s electric generation assets compare to the rest of the country?

PA benefits from a diverse mix of generation with enough available capacity to meet electricity demand now and for the foreseeable future. PA has just over 48 GW of nameplate generation capacity, according to the latest comprehensive review by the U.S. Energy Information Administration (2016 data). 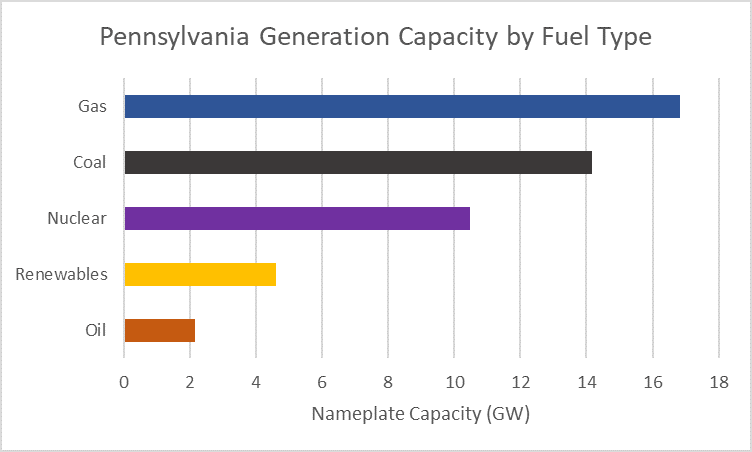 While its total capacity places it fifth among the states, PA often ranks 2nd or 3rd in total electric generation during the winter months. The residential sector is the largest consumer of electricity, and one fifth of PA households use electricity as their primary heating source. 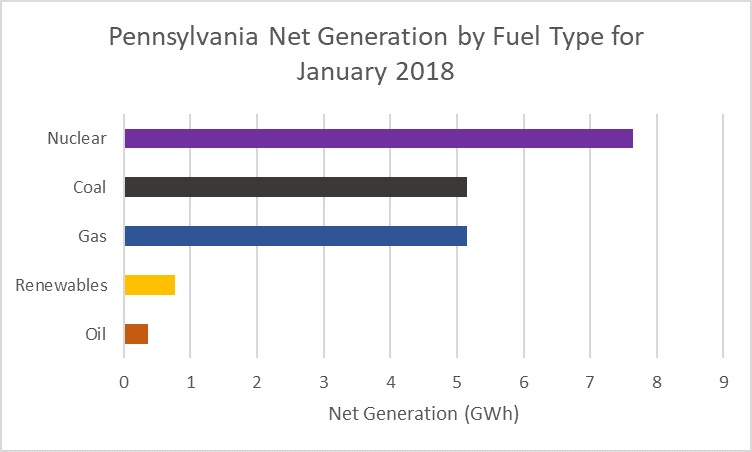 Of course, electricity crosses borders. With significantly more generation capacity than required to meet its consumption needs, PA is considered the nation’s number one exporter of electricity to other states.

How does Pennsylvania compare in the area of renewable generation?

PA has operating hydroelectric generators on the Susquehanna River dating from 1910. Hydroelectric was expanded significantly during the Great Depression. Some capacity was added during the 1980s and 2010s. PA now has 0.9 GW of hydroelectric generation and 1.5 GW of hydroelectric pumped storage. While energy storage is not necessarily from renewable generation, storage is a key enabling technology for renewables due to their variable availability, and it can be deployed during times of peak demand, reducing the need for additional generation from other peaking plants, such as simple-cycle gas turbines. Therefore, storage assets were included with renewables in this review. 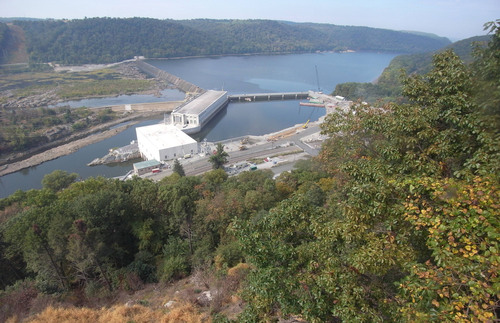 Even including storage, PA’s renewable generation capacity amounts to less than ten percent of total generation capacity in the state.  State legislation dating from 2004 requires suppliers to meet 18 percent of demand from renewable sources or energy efficiency by 2020. The current goal is 15 percent, and suppliers meet approximately half of this goal by purchasing credits for renewable energy generated outside of the state.

PA lacks significant capacity in solar generation with low incentives for solar development compared to other states. The Solar Energy Industries Association now ranks PA 22nd for solar development among the states, with just 0.2 percent of the state’s electricity generated from solar. It is noted that SEIA’s data shows more than six times the installed solar as the EIA data, as the majority of the installations are behind the meter. Still, solar generation in PA does not currently make up a significant part of the state’s generation assets.

What is the forecast for Pennsylvania electricity generation in the future?

This is an exciting time for Pennsylvania, as it is in much of the country. The state is experiencing a major inflection in the electric power generation market. Whether the coming changes are good or bad is a matter of perspective.

PA has already seen a large share of its coal plants retired or converted to gas, and that trend will continue. Approximately 30 percent of the state’s coal capacity was retired in the ten years leading up to publication of EIA’s 2016 data. Since that time, FirstEnergy has stated that it will shutter PA’s largest coal plant, Bruce Mansfield, unless it receives subsidies for continued operation. Meanwhile, Talen Energy has announced it will phase-out coal combustion and burn only gas at its Brunner Island plant by 2029. Those two plants alone accounted for 30% of PA’s coal generation capacity in 2016.

The state has historically generated a third of its electricity from its nine operating nuclear units, keeping the state’s CO2 emissions from generation low in proportion to the electricity generated. Now, three of those units—one at Exelon’s Three Mile Island Station and two at FirstEnergy’s Beaver Valley Station—are scheduled for shutdown by 2021. Moreover, these two generation companies have announced retirements for a total of six units in the broader PJM power grid, while Illinois and New Jersey have approved subsidies to support the continued operation of more competitive plants.

Nuclear generation has been a contentious political issue for decades, and the debate over subsidies is volatile, with the American Petroleum Institute aggressively lobbying in opposition. A record amount of nuclear generation failed to clear PJM’s most recent reserve capacity auction for the 2021/2022 market, despite the fact that clearing prices were roughly double what they were in last year’s auction. Given the current trends, nuclear generation will continue to face stiff market challenges in the region. 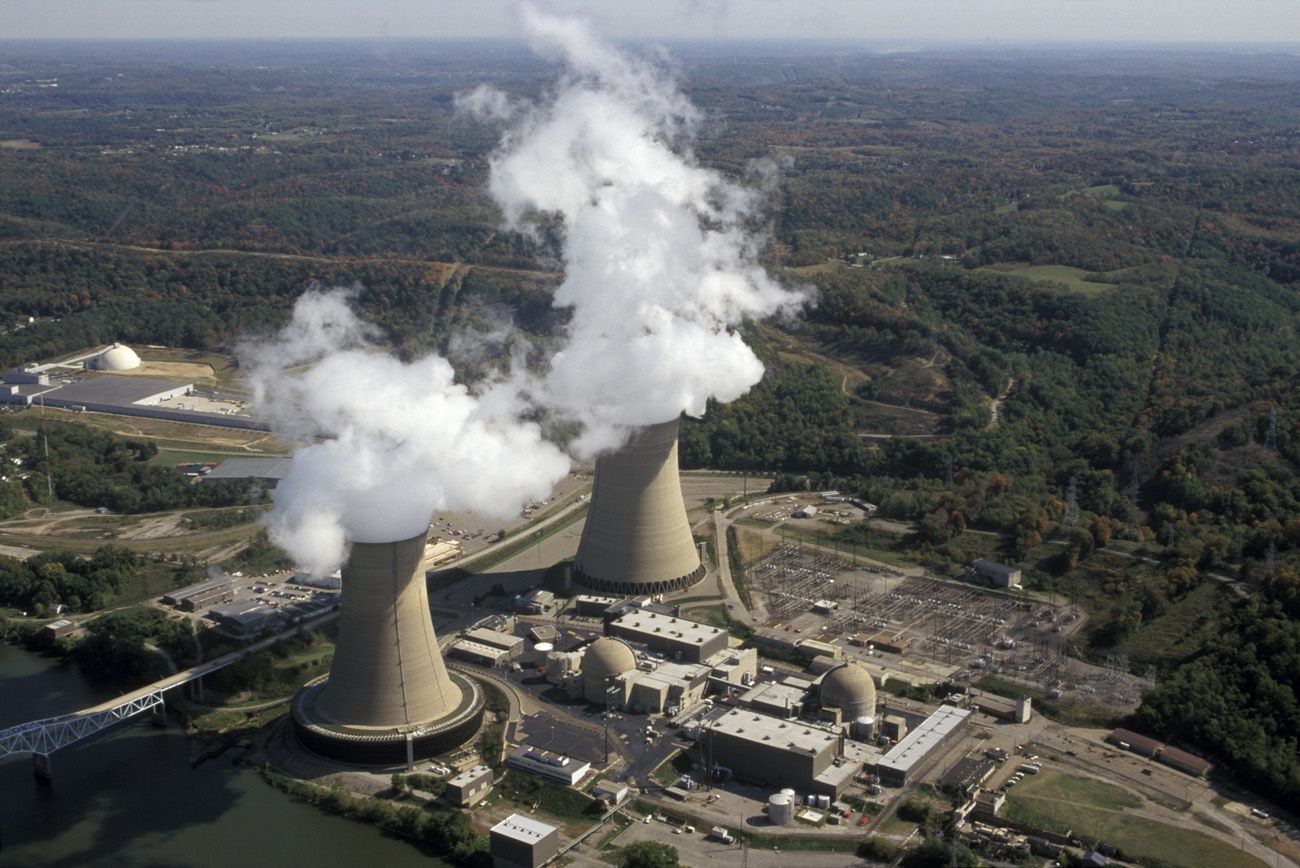 The reality is that the closing plants are quickly being replaced by combined-cycle gas turbines, as shown in PA Public Utility Commission and EIA data. 95 percent of new generation capacity proposed in PA is from natural gas. Modern, high-efficiency CCGT facilities like Hickory Run and Lackawanna Energy Center are scheduled to replace and exceed retiring capacity.

The latest PJM auction drew a 22 percent reserve margin. Despite that reserve, investment in new natural gas plants seems to be pouring into the state. Much of the investment comes from international equity funds, like Global Infrastructure Partners (owner of CPV) and through international corporations like Japan’s Itochu, Tokyo Gas, and Sojitz. These companies are investing billions of dollars in PA gas plants in a transition away from development that has been driven by US-based IPPs over the past 20 years. 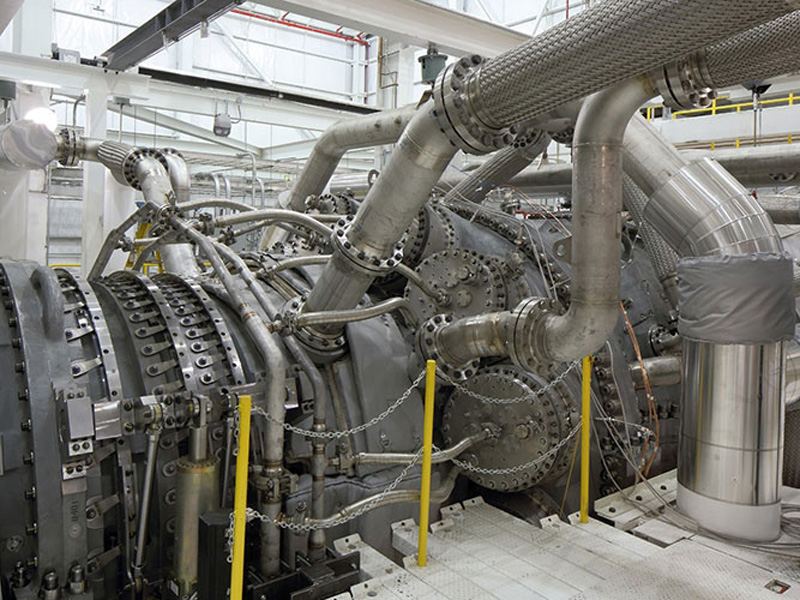 With so much gas generation coming online over the next few years, the demand forecast is essentially flat, leaving little incentive for major investments in renewable generation. Still, the state will continue its progress toward 18 percent generation from alternative energy sources, primarily through the continued combination of demand response, efficiency, and out-of-state renewable generation that it has recently employed.

Recent forecasts from Bloomberg and others show the world at an inflection point away from coal generation and toward renewables, with major increases in wind and solar development. The U.S. has been on a building spree with 56 GW of solar power led by California and North Carolina and more than 80 GW of wind power, located primarily in the Midwest. 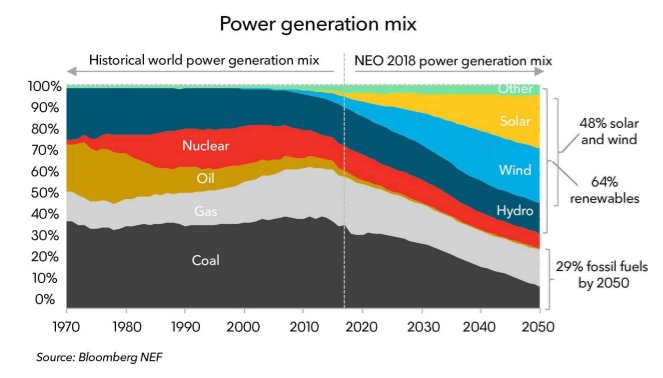 PA is also experiencing an inflection, and the generation mix is now changing rapidly. However, with the state producing nearly 20 percent of the nation’s natural gas and a mature and sophisticated market for capacity creating a relatively stable investment environment for international money, PA’s retiring coal and nuclear plants are being replaced with gas plants. PA will still contribute to growth in renewables as electric utilities purchase renewable power from generation plants in other states to meet PA’s alternative energy targets. The state’s increased reliance on gas generation will require continued evaluation of reliability to ensure sufficient fuel availability, particularly during extremely cold weather, when gas demand peaks due to the combination of electricity generation and heating needs. 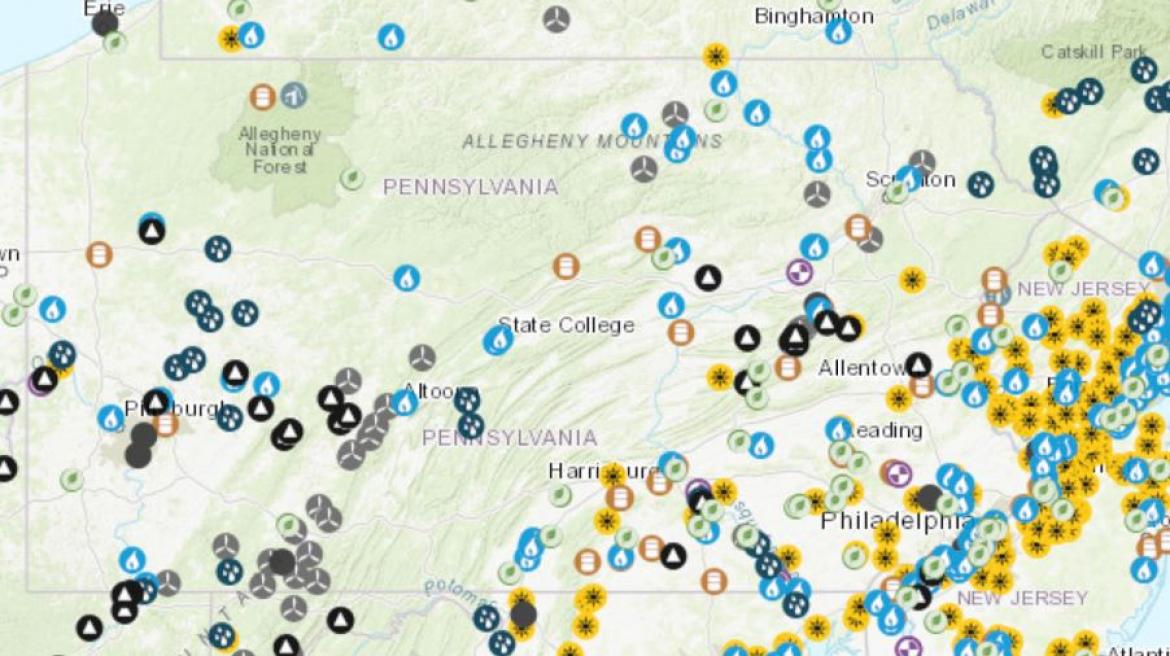