The Northeast Corridor (NEC) is the most heavily used passenger rail line in the country and one of the most critical freight lines, with 365 million passengers and 14 million car-miles of freight moved each year, according to the Federal Rail Administration.

More than 450 trains and over 200,000 commuters pass through the critical 10-mile section of the NEC between New York and New Jersey each day, passing across bridges that are more than 100 years old and through the North River Tunnel under the Hudson River. Despite its advanced age, this critical transportation infrastructure continues to function every day, even 10 years after its rehabilitation from severe damage from Superstorm Sandy in 2012. However, the continued risk of failure, injury, and major economic disruption is too significant to accept.

Facing the necessity of a major reinvestment, the States of New York and New Jersey created the Gateway Development Commission (GDC) in 2019 to reinvest in this critical corridor. The GDC calls the Gateway Program the most urgent infrastructure program in America. The program will improve reliability, resiliency, and redundancy and increase capacity through the critical section of the NEC between Newark, New Jersey, and New York City’s Penn Station.

Those of us that lived through Sandy remember the flooded tunnels, stranded vehicles, blackout, and lack of cell service. Since 2012, public and private infrastructure owners in New York and New Jersey have been arguing for investment to bring this infrastructure into the 21st century and ensure that the region is better prepared for the next severe storm, which we know will come. The GDC is empowered to renew this critical segment of the NEC in response to that threat.

The commission is governed by a seven-member board—five of whom, including the two co-chairs, are women with histories of leadership in transportation and impact investing in the New York and New Jersey region. The commission is empowered to coordinate and promote the Gateway Program, particularly through Phase 1, which is now well underway with the start of construction of the Portal North Bridge Project. Alpha 3 has been engaged to design temporary electric services to support contractor mobilization for that project.

Looking forward, the overall Gateway Program will include major investments in New York’s Penn Station, adding tracks, platforms, concourses, underground connections, protection and controls systems, and support services. While that project will likely get a high profile in the news, the addition of a fourth track through Harrison, NJ may have even greater impact, helping to increase capacity for the entire NEC by relieving the bottleneck through that segment, with the goal of creating four full tracks of service between Newark, NJ and Penn Station, NY

In addition to the replacement of the Portal Bridge (1910), the deteriorating, two-track Sawtooth Bridges (1910) at the Hackensack River will be replaced. The Dock Bridge (1935) in Newark, NJ, which has been permanently closed from opening for Passaic River traffic, will be converted to a fixed span. A second bridge—the Portal South Bridge will be added alongside the Portal North Bridge, which recently kicked off construction. Finally, additional passenger capacity will be added on NJ TRANSIT and MTA Metro-North trains from Secaucus, NJ to support increased passenger demand as the Gateway Program relieves congestion.

As of August 2022, the Portal North Bridge and Hudson Tunnel Projects are underway. The bridge has received notice to proceed for construction, and the tunnel is proceeding with geotechnical investigations after issuance of a joint Final Environmental Impact Statement and Record of Decision from FRA and FTA last year, along with permits from the NJ Department of Environmental Protection, NY Department of Environmental Conservation, and U.S. Army Corps of Engineers, all allowing work to proceed.

As government and private entities continue to work together to renew our nation’s infrastructure, transparent processes and reporting, community engagement, intelligent design, and skilled cost engineering will be required to ensure that we deliver the best possible value for all interested parties. The people that live and work in the affected communities, the commuters that ride these trains every day, and the carriers that form the nation’s supply chain are the key stakeholders. Alpha 3 is proud to be involved in the early stages of these projects, and we look forward to seeing them through to completion. 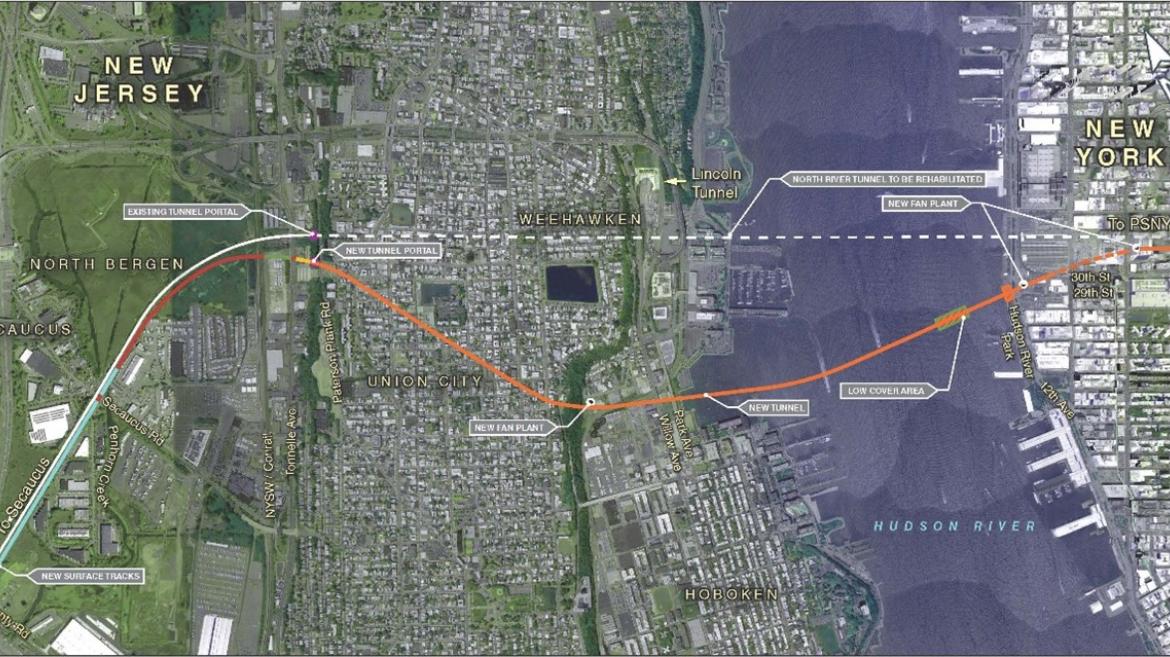